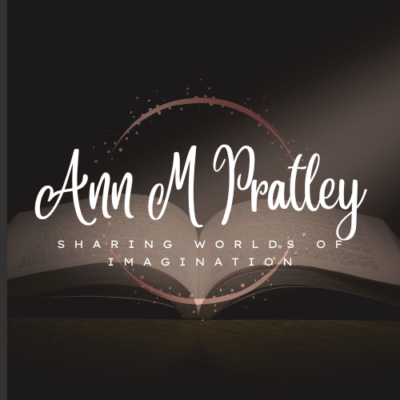 Ann M. Pratley is a kiwi lass with a love of writing, and far too many stories in her head! Gaining joy from writing a diverse range of genres, check out the following details of series already available in ebook and paperback format:

Forbidden Conflicts series: A series centred around two crime families who love stealing the same kind of items, but couldn’t be any more different in their methods to gain their targeted items. The first book, ‘Amethyst of Youth’, is free to download at all e-retailers. This is a sweet romance with very little spiciness – think more anticipation than explicitness. The next four books of the series heat up as they explore different characters of the two families.

The Golden Desires series: Combining time travel with romance and paranormal intrigue, ‘The Golden Desires’ has some serious sauciness in it, but it’s all tasteful – think explicit in explanations, but no naughty words.

Painful Deliverance series: This series is explicit in sexual content, so it’s not for everyone, but behind all the sexual content, there’s a tale of obsession, escapism, starting over, and a very loving romance that will begin.

Freedom of Flight series: Like shifters? This series concentrates on young adults coming to terms with who – and what – they are.

Chisholm Manor series: The first book of this series is ‘Alessandra’ – a historical romance with some saucy scenes, but all tastefully written and no naughty words.

Total Freedom series: Book one of this series details a romance and beginning of adulthood by a main character – Debbie. Book two begins twenty years later, and how she deals with challenges of later in life.

While all of these series are quite different from one another, they all feature heroes and heroines who begin with less belief in themselves, and learn – over time – just how strong they really are.